Which would you like to optimize?
Check out the power your could produce.
Help
How to distinguish between CR and PD Can't find your vehicle?

END_OF_DOCUMENT_TOKEN_TO_BE_REPLACED 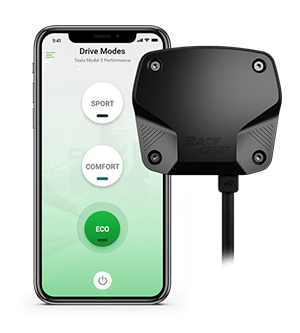 RANGE EXTENDERGet more range for your electric vehicle.
MADE IN GERMANY All products are developed and produced in Germany. 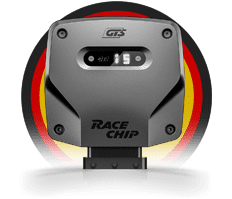 RaceChip – the next generation performance tuning module for up to 30% more HP and up to 20% more MPG. We are the largest chip tuning company in the world with over 500,000 modules sold. Our products are easy to use, made in Germany and Autobahn tested. You will love it! 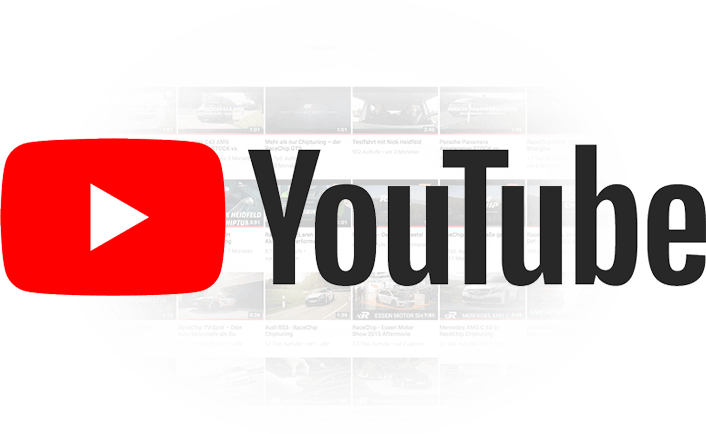 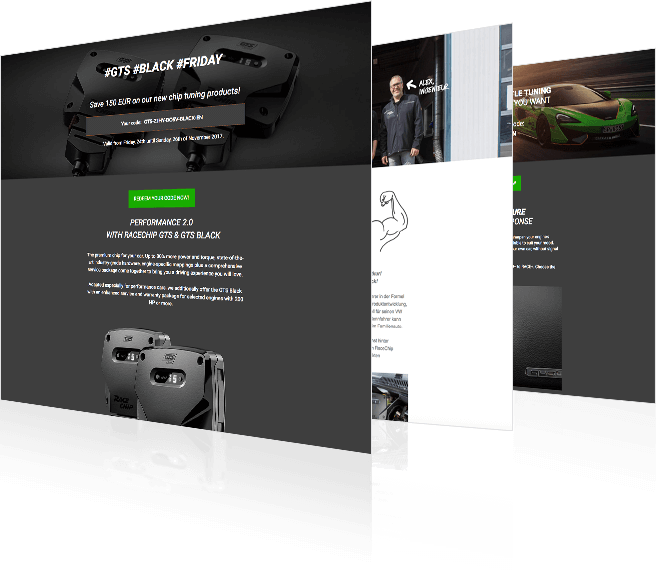 Questions and answers about chip tuning and RaceChip

Why do engine tuning at all?

Driving is so much more than just a practical way of getting from A to B. Cars can be so exciting and if they’re set up right, they can give us a real thrill when we’re driving. As chip tuners, we’re driven by a passion; everyone should have the opportunity to experience the improved acceleration and better driving dynamics that come from engine tuning. That’s why RaceChip’s state-of-the art electronic tuning is available for almost all manufacturers and modern engines.

What exactly is chip tuning?

Chip tuning is the latest form of electronic engine tuning. A device is installed between the engine’s ECU and the sensors – it’s a kind of mini-computer, if you like (which is why some people say digital tuning) which improves the parameters set by the manufacturer.
RaceChip tuning boxes run with our own software that we modify to work with each engine so that it optimizes the electronic signals to and from the engine. We conduct extensive bench-testing with different motors until we’ve got optimum results. The RaceChip mostly modifies the signals to the injection system and taps into engine reserves built in by the manufacturer. You can make the most of your car’s potential performance.
Our method of engine tuning uses the same principle of electronic enhancement that the manufacturers use to differentiate between models that use the same engine block. For example, almost all current BMW 4-cylinder engines use the same 2-liter block but have very different outputs thanks to changes in the ECU.
Chip tuning is possible with any forced induction direction injection engine, regardless of whether it’s a turbocharger or a supercharger doing the forcing. That means we can get more performance from almost any turbo diesel (both common rail and pump-nozzle) or blown gasoline engine.

How much more power can I get with chip tuning?

Significantly more: depending on the engine in your vehicle and the RaceChip model you choose, you can get up to 30% more power and 30% more torque. And our chip tuning always stays well within the reserves built into an engine.

Is there a RaceChip for my vehicle?

Almost certainly. RaceChip has developed chip boxes with dedicated software for more than 3,000 models from over 60 manufacturers.

How does chip tuning differ from remapping / OBD tuning?

Chip tuning (via a power box) works without changing the manufacturer's hardware and software; all the systems protecting the engine remain intact, you can easily install the box yourself, and your vehicle can be restored completely to the factory settings.
OBD (on-board diagnostics) tuning accesses the manufacturer's settings for the engine management and electronics systems, and changes them, usually permanently. Installation generally involves significant cost and cannot be reversed completely.

Is RaceChip engine tuning guaranteed to be safe?

Yes- It’s simple, tested and safe. The gains from RaceChip tuning are always well within the vehicle’s performance reserves. There are no physical changes made to the engine. We only make use of the thermal and mechanical reserves built into every production engine.
RaceChip offers a product warranty of up to 5 years on the chip box itself.

Finally we got our hands on the new BMW M4 G82 Competition. READ ON